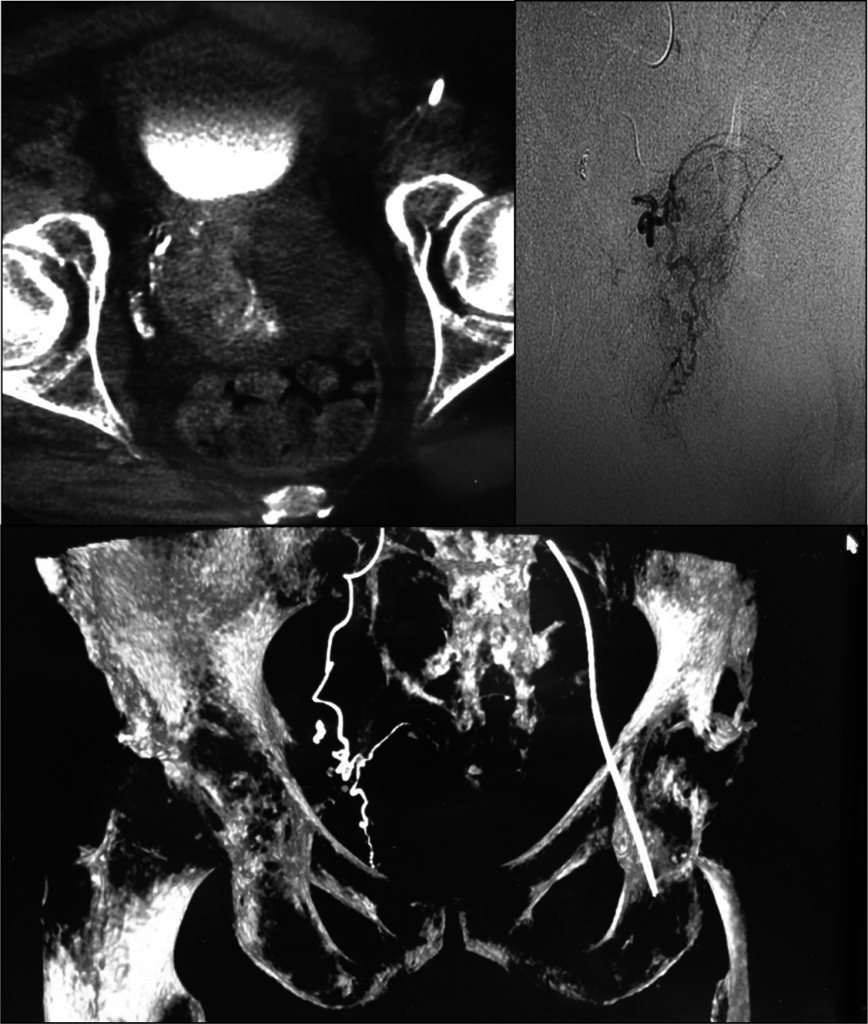 What is Prostatic Artery Embolization (PAE)?

PAE is a treatment for lower urinary tract symptoms (LUTS) from symptomatic benign prostatic hyperplasia (BPH) which alleviates symptoms by reducing blood flow to the enlarged prostate, causing the prostate to be reduced.

What is Benign Prostatic Hyperplasia (BPH)?

Benign prostatic hyperplasia (BPH) is enlargement of the prostate gland which can lead to lower urinary tract symptoms (LUTS), which include urinary frequency, inability to urinate, incomplete emptying of bladder, difficulty starting urination, and straining to urinate or weak urine stream.

Who is most at risk for developing BPH?

How is PAE performed?

PAE is performed by an interventional radiologist (IR), a doctor who uses X-rays and other imag 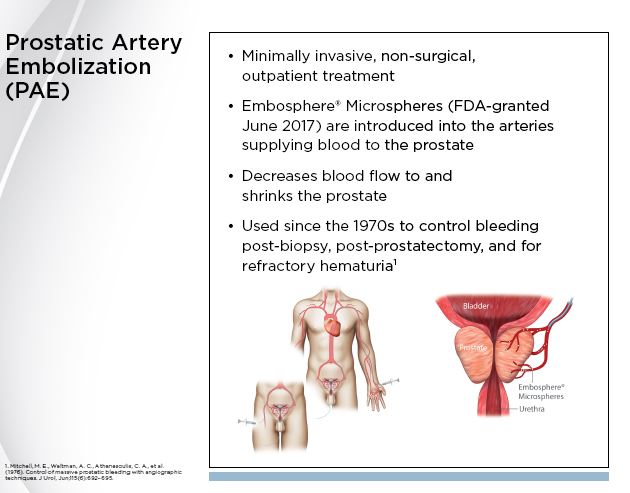 ing techniques to see inside the body and treat conditions without surgery.
During the PAE procedure, the patient receives a local anesthetic and may remain awake or receive sedation. The IR inserts a catheter (a thin, hollow tube) into the patient’s upper

thigh or wrist to access his arteries and uses X-ray imaging to guide the catheter to the blood vessels that feed the patient’s prostate. Embosphere® Microspheres, the most clinically proven and clinically studied microspheres, are injected through the catheter into the prostate-feeding blood vessels. With its blood supply reduced, the prostate shrinks, alleviating symptoms.

Does PAE work and is it safe?

What are the benefits of PAE?

• Minimally invasive, performed through tiny incision
• Can be performed as an outpatient procedure for some patients
• Much shorter recovery time compared to surgery
• Low risk of sexual side effects such as retrograde ejaculation or impotence
• Overall improvement in quality of life

What happens to the prostate after embolization?

One year after PAE, average prostate size is seen to be reduced by approximately 30%.

What are the most common risks associated with PAE?

PAE is a procedure for treating symptomatic BPH with minimal risk. Most patients experience minor to moderate post-procedure symptoms for 1-3 days. This is known as ‘post embolic syndrome’ and may include a low-grade fever, burning during urination or frequent urination, and/or discomfort in the prostate or rectal area. Non-targeted embolization and potential skin burns from prolonged fluoroscopy are also possible.

Another first for Memphis Vascular and the city of Memphis:

Memphis Vascular Center’s doctors  performed the first Prostate Artery Embolization in Memphis! This procedure is a non-invasive option rather than surgery for specific patients with Prostate cancer or enlarged prostates. Working in collaboration with the local urologists, we selected the first candidate. It was a big success!

This patient had a prostate so large it created a blockage preventing him from urinating on his own. He had to have a catheter for months in order to drain his bladder. A short time after the procedure, the prostate has shrunk enough to allow him to have the catheter removed and he can urinate on his own now. 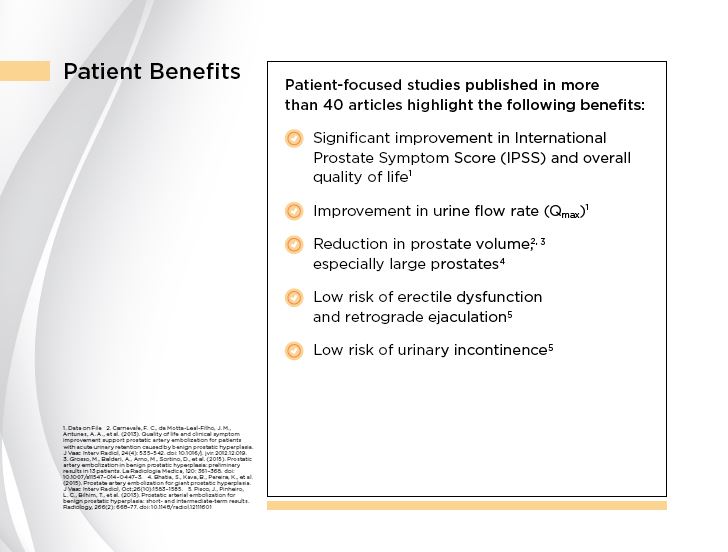